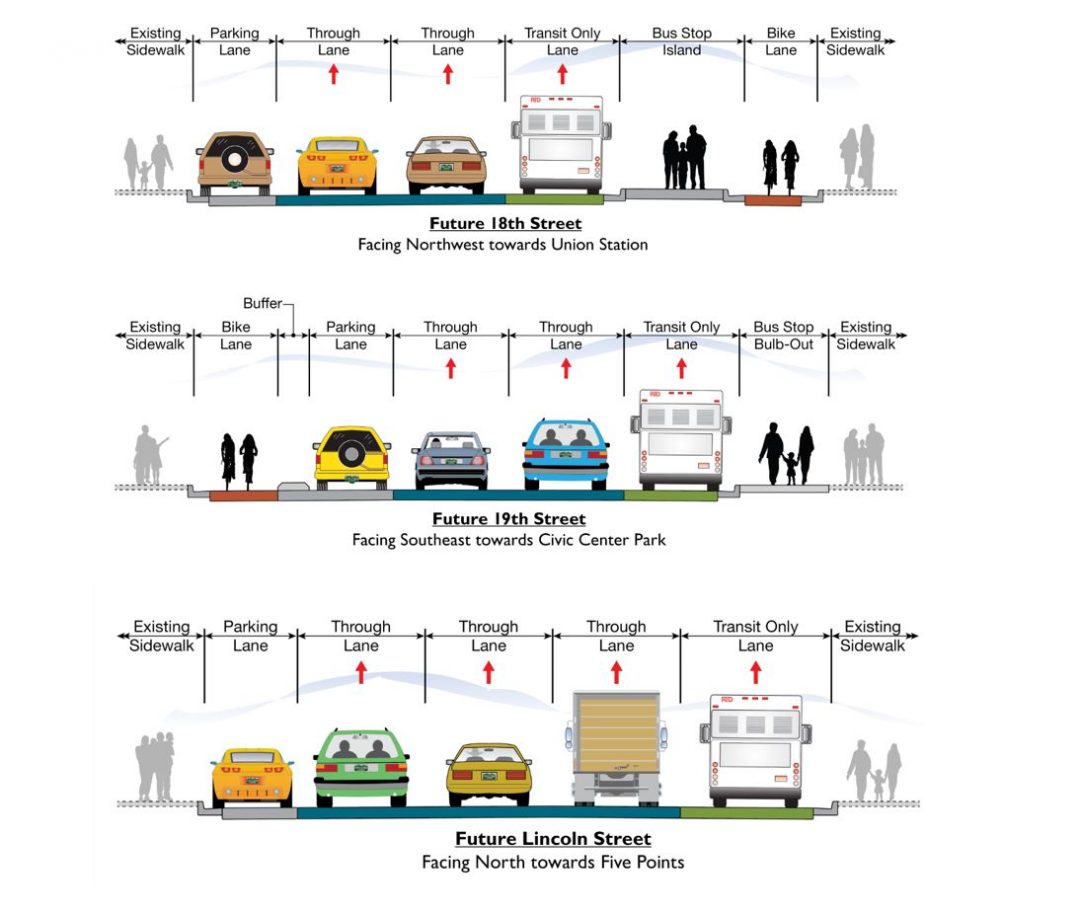 Partnering again with Kraemer North America, CCC has begum work on the City and County of Denver’s 18th, 19th and Lincoln Bikeway and Sidewalk Project. Denver’s Department of Transportation and Infrastructure (DOTI) has contracted with Kraemer North America to install safety and travel improvements on three stretches of roadway downtown. Crews will begin work to provide protected bike lanes and transit-only lanes on 18th and 19th Streets from Wynkoop to Broadway, making travel by bike and bus more attractive and efficient; a transit-only lane will be installed on Lincoln Street from 16th to 18th Avenues as well, to facilitate a faster and more reliable commute by bus. Safety treatments and markings will be used to organize the roadway and provide dedicated space for all users to travel safely and with greater predictability along the corridor. Red “bus only” markings will indicate transit lanes, vertical elements will separate bike lanes from the vehicle lanes, and updated striping at crosswalks will improve safety and visibility for people travelling on foot.